Home-builder confidence rose seven points in May to an index reading of 37; April’s reading of 30 was the lowest reading for the NAHB Housing Market Index since June 2012. Low mortgage rates and expectations that the worst of the Covid-19 pandemic had passed contributed to higher readings for builder confidence.

Component readings in the Housing Market Index were higher in May; builder confidence in current market conditions rose six points to 42.

Builder confidence in home sales within the next six months rose ten points to 46, and the reading for buyer traffic in new housing developments rose from 13 to 21. Readings below 50 are historically common for buyer traffic, but mandatory shelter-at-home rules kept more potential buyers away.

Fed Chair Jerome Powell testified before Congress and said that those impacted by Covide-19 should receive as much assistance as possible. While Congress approved Federal Reserve Loans to mid-to-large businesses,  Mr. Powell reminded Congress that they must also do as much as possible to help low to moderate-income families and businesses and cited a Federal Reserve study that reported 40 percent of households making less than $40,000 lost a job within the first month of the pandemic.

The Commerce reported lower readings for sales of pre-owned homes, housing starts, and building permits issued in April. Sales of previously owned homes fell to a seasonally-adjusted annual pace of 4.33 million sales as compared to the March reading of 5.27 million sales.

New jobless claims reported by states fell to 2.44 million claims filed as compared to the prior week’s reading of 2.69 million initial claims filed.  The reading for state and federal jobless claims filed rose from 3.21 million to 3.30 million as applicants applied for additional jobless benefits offered through federal pandemic relief programs. 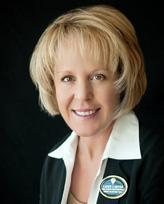